How to Season Your Blackstone Griddle 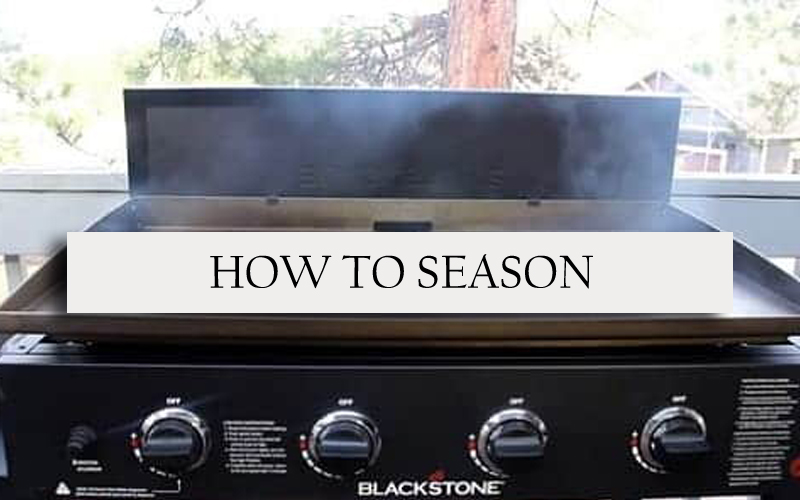 Before you start to cook on your griddle, you’ll need to take the time to season the surface. Just like a cast-iron skillet, seasoning is done by coating the griddle surface with a thin coat of oil and heating it beyond the smoke point. The oil will eventually create a durable nonstick surface.

How to Season Blackstone Griddle Video

The first step is to wash the griddle with water to make sure there isn’t anything on it from shipping. Once it’s clean, turn the heat on high until the surface changes color. Wipe a small amount of oil onto the surface. The trick is to use a very thin layer of oil on the entire surface. Then, just let it smoke off. It’ll be done when it stops smoking. You will want to do this three or four times until the entire surface of the griddle is black. It’ll look a lot like a cast iron skillet when you are done.

Once your griddle is seasoned, food won’t stick. All you will have to do is wipe it down with a little oil before and after cooking on the griddle.

Using the Right Oil
The type of oil you use to season your Blackstone griddle needs to be food grade and have a fairly low smoke point. Most oils will work, including vegetable oil and olive oil, but for the best results, use the specially-designed proprietary oil blend Blackstone crafted just for seasoning Blackstone griddles.

Lard also makes a great oil for pre-coating the griddle before cooking. Once your griddle is seasoned, it’s time to get cooking. You can also easily get an inexpensive seasoning oil like this one that’s made for seasoning cast iron.